Nuitrack 27 (and 29) installation fails to Uninstall 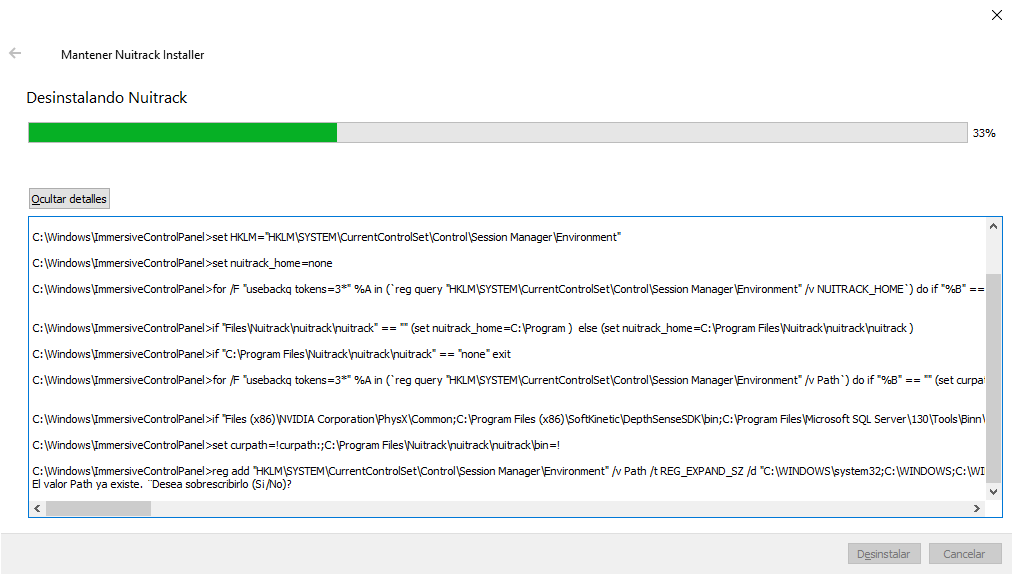 The last line of the log “El valor Path ya existe. ¨Desea sobrescribirlo (S¡/No)?” translates to: “The value Path already exists. Do you want to overwrite it (Yes/no)?”

Furthermore, if this is the way you’re using to set the environment path, it is a VERY BAD way of setting it.

I’ve noticed this because I am a developer, but if this happens in the computer of a client, we would have not noticed this.

I’ve been able to fix the uninstaller by manually editing the clear_sys_env.bat located in the installation directory, the last two lines:

should be changed to:

I am not sure why the reordering makes a difference, but I suspect that in some machines, curpath is too long and prevents the /f command to take effect.

By the way, after successfully uninstalling 27 and installing 29, I’ve checked clear_sys_env.bat and I’ve noticed it still has the same issue.

Nevertheless, I’ve began thinking about… why do you need to set the environment’s Path? I suspect it’s to remove the nuitrack paths, right? the question is: