Nuitrack SDK works on the editor but doesn't work on Build

Basically, I tried everything the forum is saying but still have this problem.
I tried both unity 2020 and 2021. I received the attached error when I’m building the allmodule scene but everything works in the editor.

Hello @Nima
Make sure that your sensor is not used in another program.
And attach Player.Log https://docs.unity3d.com/Manual/LogFiles.html

Thanks for the reply.
I’m not using the sensor with any other program. I removed the sensor from intel realsense viewer as well.

UnloadTime: 0.719400 ms
<color=red>Perhaps the sensor is already being used in other program.
If not, try start C:\Program Files\Nuitrack\nuitrack\nuitrack\bin\nuitrack_sample.exe

<color=red>Also look Nuitrack Troubleshooting page:github.com/3DiVi/nuitrack-sdk/blob/master/doc/Troubleshooting.md
If all else fails and you decide to contact our technical support, do not forget to attach the Unity Editor Log File (in %LOCALAPPDATA%/Unity/Editor) and specify the Nuitrack version

I still have this problem when running the build file. any ideas on how to solve it?

I’ve not dug into this extensively since I still have a trial license and thought that may be the cause. In unity editor, the app doesn’t crash (perf is another story, working on that next). When I create a build, it seems to run for 30-60 seconds then crash. I’ll dig into that later too and report back any logs I find - just wanted to mention I’ve had same/similar issues recently. Unity v2021.1.21f1

ERROR: TBB version mismatch: runtime library version is 10003, but the application was compiled with the 11102 version!

Hi Stephan,
Yes, I’ve already replaced the tbb.dll file and removed the library from the project’s folder to clean up everything just in case. and still no luck.

Im not Stephan, but ok

Try to build in “build_test2” folder. Archive it and send it if possible

Dear Stepan,
Sorry for the misspelling

here’s the link to the build inside a fresh folder

hm… your build worked for me 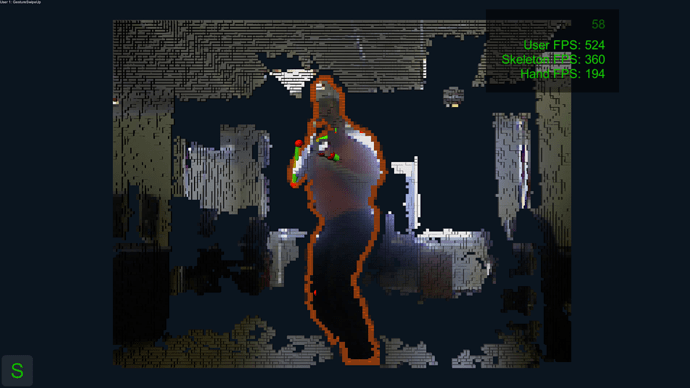 should I run something before launching the build?

No. Usually if it works in the editor it should work in the build as well

is the build done in version 2021.1? Does the AllModulesScene scene run in the version 2021.1 editor?
Send a screenshot of the entire screen with the running scene (in Unity Editor)

Yes, I’m using unity 2021.1.1f1. and realsense D415. is there a way I can check if a nuitrack activity is running while I’m launching the build? I doubt it but just in case. 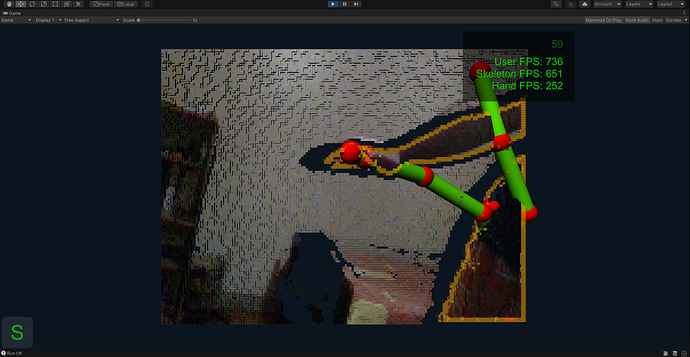 @Nima
What is the nuitrack version?
If not the latest version (v0.35.9) then you need to update.
And send a screenshot of the running build “build_test2” 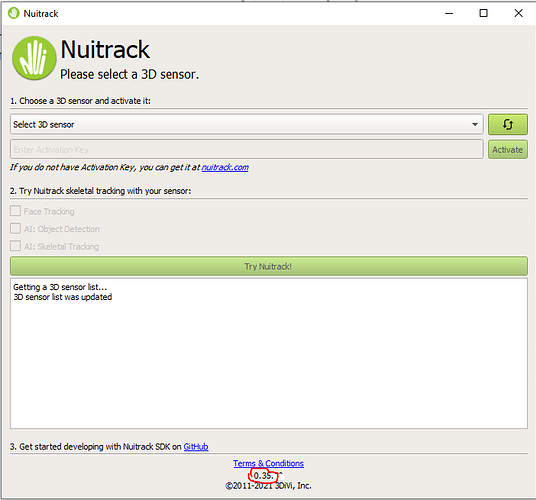 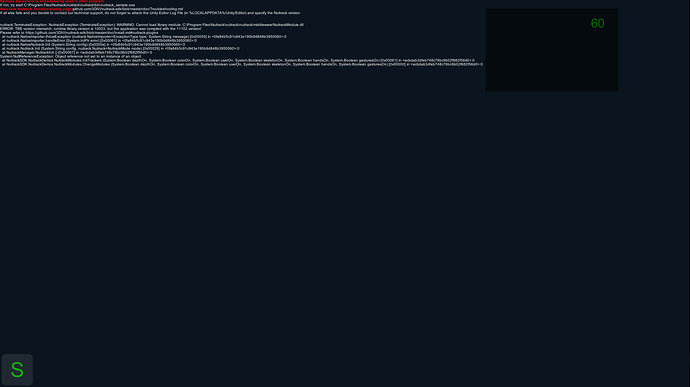 Dear Stepan,
I re-installed the Nuitrack, replaced the tbb from the nuitrack and the unity editor. and built again. still no luck. the same error appears.

Same error as mine. 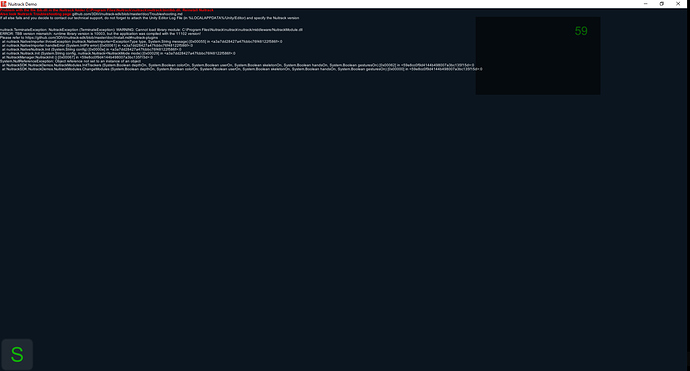